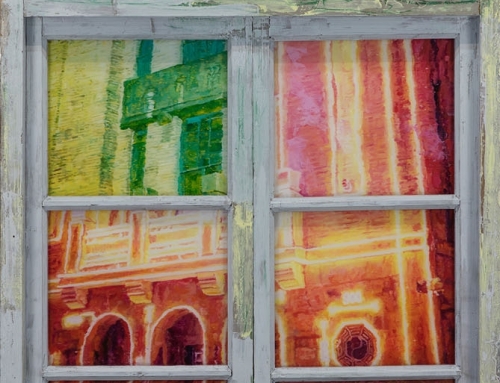 an exhibition project by Li Qing

Prada presents “Rear Windows”, a new exhibition project by artist Li Qing, with the support of Fondazione Prada. Curated by Jérôme Sans, the show will be on view from 7 November 2019 to 19 January 2020 in the premises of Prada Rong Zhai, a 1918 historical residence in Shanghai restored by Prada and reopened in October 2017.

“Rear Windows” is an immersive and collaborative project conceived on site by the artist Li Qing and the curator as a specific storyboard, an in-depth exploration of the history and the space of Prada Rong Zhai, creating a connection between the past times and the current urban environment of Shanghai.

Prada Rong Zhai can be considered as a palimpsest of Shanghai's century-old history. Before being restored to become a place dedicated to cultural activities, the building was the private residence of a successful entrepreneur, Mr Rong Zongjing, and then a public property after socialization. Li Qing imagines the building as a space still used by its residents or their contemporary ghosts. The artist recreates imaginary visions of key rooms, like the ballroom, the bedroom, the bathroom, and a karaoke room, where the presence of the former inhabitants is suggested through artistic gestures. The decision of re-occupying the vacant spaces generates a strange and cinematographic atmosphere, evoking the duality of our present lives, divided between authenticity and imitation, reality and reproduction.

“Rear Windows”—inspired by the eponymous 1954 movie directed by Alfred Hitchcock— is devised as a succession of climatic scenes to experience the act of seeing and of being seen or observed. Through some of his emblematic works like Neighbor’s Window and Tetris Window series, Li Qing suggests references to the city of Shanghai (or even Hangzhou, where the artist lives), where old and new buildings, different social groups, urban myths, legends and expectations coexist.

The exhibits also comprise new works and commissions like a neon sign installed on the external façade of Prada Rong Zhai, a cabin tent on view in its garden, a sound installation especially realized for the corridor of the first floor, and nine carpets printed with pictures of tiles patterns laid on the ballroom floor. The display is completed by a selection of recent paintings part of Find Differences series, video installations such as Neon News and paintings from the series Images of Mutual Undoing and Unity, that act like invitations to question our relationship to the moving world around us.

Jérôme Sans’ describes the exhibition, “as a narrative story conceived through a wide range of Li Qing’s past and recent works, unfolding as in a movie set of a film whose action is about to happen. Li Qing initiates here a new form of poetry in Prada Rong Zhai, one which belongs to an imaginary society and that lives in its past dreams, but also within his own work of today, continually questioning: how to be closer to the reality of things?”