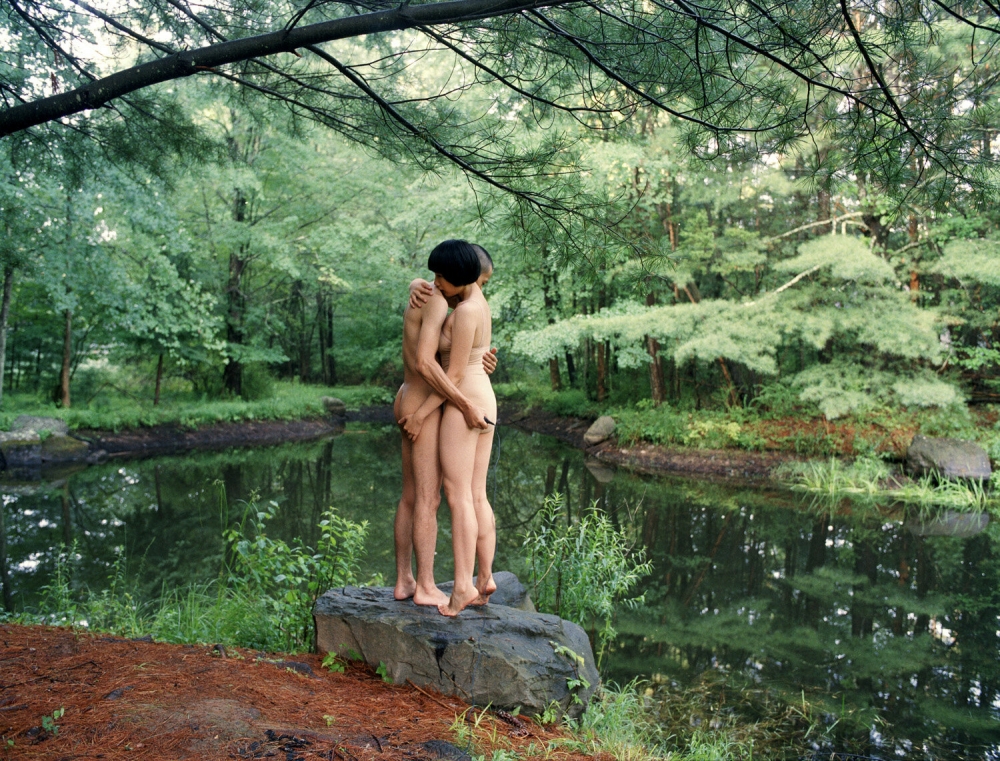 Brooklyn-based artist Pixy Liao’s ongoing project, Experimental Relationship, dwells on sociocultural tendencies, power play, and emotional sustenance by examining the dynamics of her personal, romantic relationship, performed with photography and printed matter. Since 2007, the Chinese-born artist has staged photographs and live performances with her Japanese boyfriend, Moro, in keen attempts to balance, reverse, or subvert cultural traditions and gendered behaviours in a seemingly tongue-in-cheek, yet graceful manner. The sometimes-surreal images created throughout the process signal some of the traditional values and views of intimacy that are dictating interactions between the two lovers; they also point to a broader context in which gender dynamics and gendered expectations are questioned: Who is leading the relationship, who has the deciding voice in decision making, and who is gazing. Pixy and Moro’s relationship, in a way activated (not documented) by the project, has also been growing with it. Accompanying the photographic works and acting as an extension of Experimental Relationship in the exhibition is Pimo Dictionary, a collection of hybrids of Chinese, Japanese, English words and phrases as well as slangs, which was inspired by Pixy and Moro’s communication barriers.

This exhibition at Centre A provides a rare platform for discussing intricacies of romance, sex, and desire within a culturally specific framework, against the western backdrop of the fetishization of Asian women and the denial of Asian masculinity.

This exhibition is part of the 2020 Capture Photography Festival Selected Exhibition Program and supported by a Tricera Print Grant.

Centre A gratefully acknowledges the generous support of the Canada Council for the Arts, the British Columbia Arts Council, the Government of British Columbia, the City of Vancouver, and all of our funders, donors, and programming partners.

View More
Back To Top