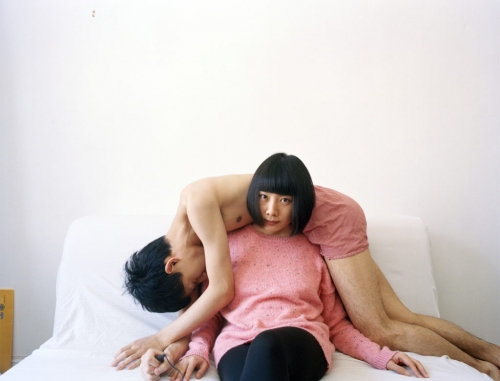 The young, New York-based Chinese artist Pixy Liao has been challenging conventional portrait photography and self-portraiture in her ongoing series, “Experimental Relationship,” which aims to examine and dismantle how relationships are influenced by national culture. In Arles she is showing a selection of humorously staged images in which she appears with her Japanese boyfriend. Typically, Liao plays the dominant role to her submissive boyfriend, subverting gender stereotypes about power dynamics in relationships. “The purpose of this experiment is to break the inherent relationship model and reach a new equilibrium,” she says.