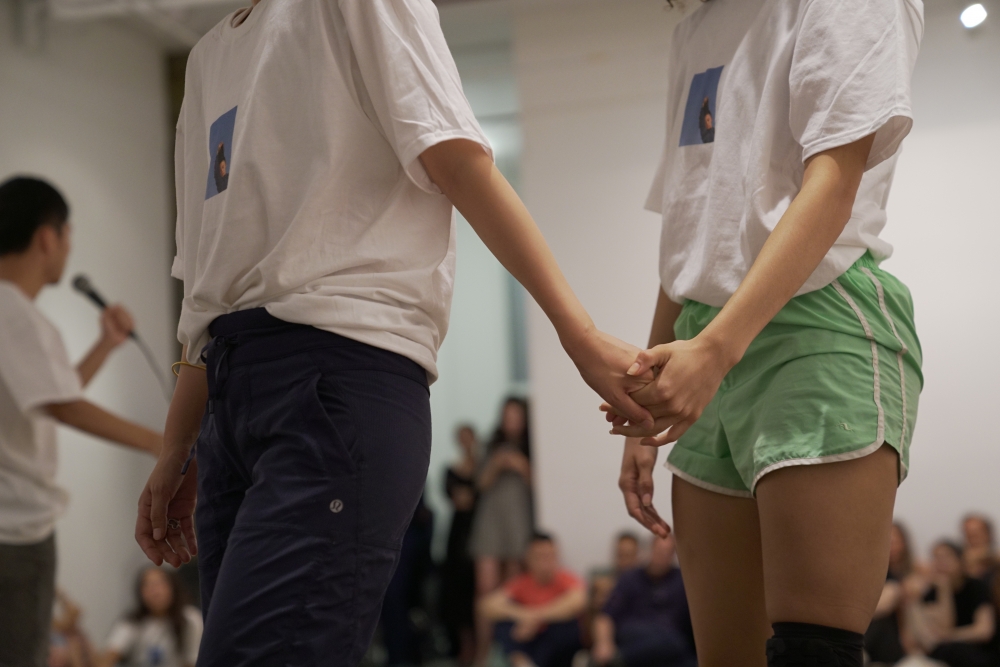 Qinmin frequently situates herself as a 'cultural contradiction' and her projects often contain autobiographical elements that reference her experience as 'a young and international Chinese person traveling between different institutions, social medias, and visas.' Her references are wide-ranging. From pop culture and internet culture to folk traditions, Qinmin frequently binds her influences into choreographies that articulate the cultures that define her past and present. In the ongoing research-based work REAL PLAYER 56, Qinmin activates a number of public performances, and merchandise—such as books and hoodies—to construct a new form of story-telling, allowing viewers access into the anxieties that revolve around her shifting identity. As part of the Open Studios programme of Asia Contemporary Art Week 2018, Qinmin presented a new series of performances titled 'QINGNI QINMIN'—the second chapter to REAL PLAYER 56. At Chambers Fine Art on 8 September, the artist and five collaborators blended Chinese folk dance and hip-hop into a mesmerising commentary on cultural identity. In an email-based interview conducted shortly after Qinmin's performance, the artist speaks with curator Xin Wang about the creative processes behind the work.