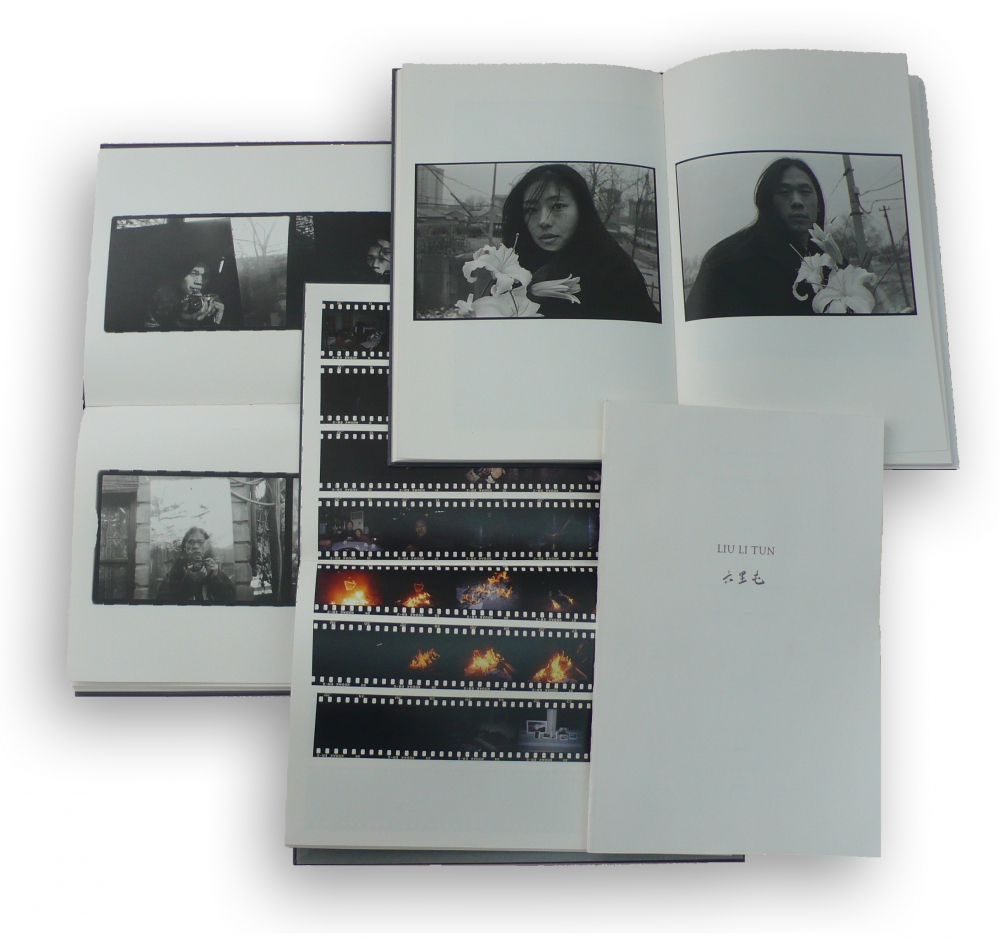 Liu Li Tun is a limited edition portfolio of 1000 that documents RongRong and inri’s latest body of work. This catalog accompanies the Fall 2006 exhibition at Chambers Fine Art, which was a meditation on the area in Beijing where the artists lived before it was demolished and replaced by expensive apartment buildings in 2002.

Liu Li Tun is a three volume set that includes the Migration, Daily Life and Souvenir series. They encompass the artists’ documentation of their short life together in the modest house that RongRong and inri shared for a short but crucial time in their lives.

Souvenir series is a set of 25 hand-tinted gelatin silver prints of well known figures in the art and literary world who enjoyed RongRong and inri’s warm hospitality at Liu Li Tun. RongRong actively took portraits of visitors standing at the doorstep in the courtyard of his home. Migration series is a set of 88 gelatin silver prints of documentary style photographs of the ins and outs at Liu Li Tun. RongRong lived in this space from 1994 to 2002 and was joined by inri in 2000. The photos depict daily functions of eating, drinking, sleeping, and everything in between.

Daily life is a set of 40 gelatin silver prints. They are intimate depictions of RongRong and inri’s private life at Liu Li Tun. Through evocative and dark photographs, one can see the intimacy that RongRong and inri shared in this space. Daily Life series are a set of 20 images on handmade Arches Aquarelle paper from France. They represent Inri’s impression of Liu Li Tun when she came to Beijing. RongRong lured her to Beijing from Japan with his promises of a beautiful house.

Performers in their own work and photographers, Rong Rong and inri are uniquely gifted in their ability to create urban tableaux of haunting beauty while finding the hidden poetry in subjects as mundane as unwashed dishes on a dinner table. Also included in this special deluxe edition is a collection of short essays by Christophe Mao, Zhang Li, Wu Hung and Ai Weiwei discussing the photographic work of RongRong and inri and the changing face of Beijing.