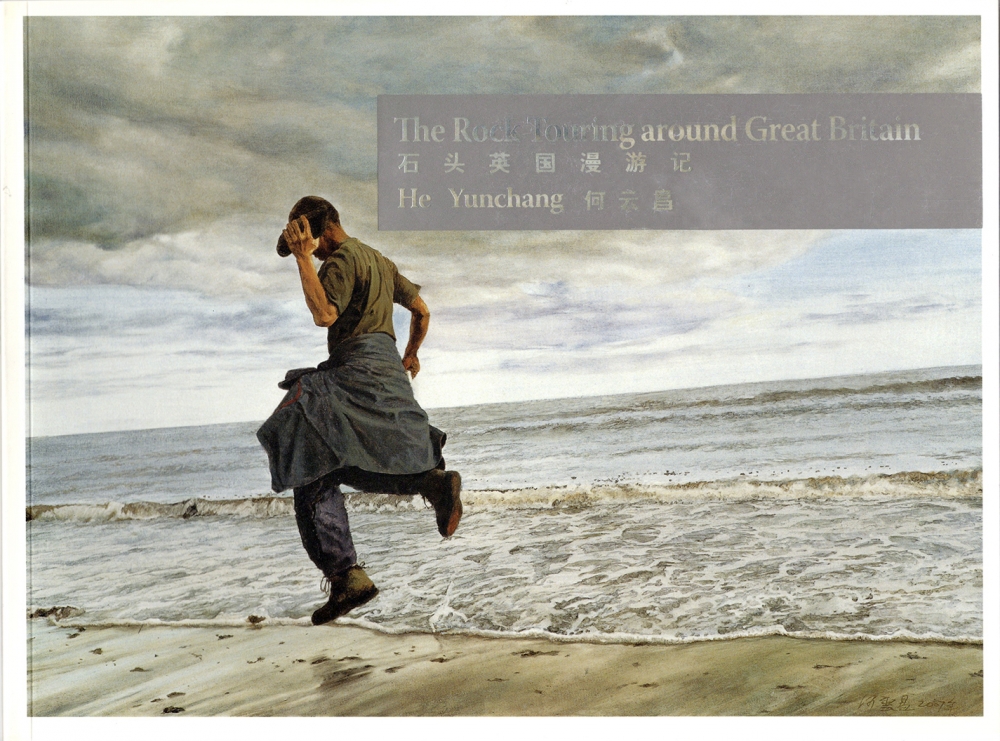 The Rock Touring Around Great Britain is He Yunchang’s first solo exhibition in New York which focuses on a performance project commissioned by the Tate Liverpool in 2006. It involved a walking circumambulation of Great Britain from September 23, 2006 to June 14, 2007. Starting from the hamlet of Rock, Northumberland, He Yunchang walked to the nearby town of Boulmer where he selected a rock which he then carried counterclockwise until he returned it to the precise location from which it was taken. Accompanying the documented photographs is a series of oil paintings based on the journey. This catalog documents the paintings He Yunchang made for this exhibition and contains a foreword by Christophe Mao and essay by Andrew Brewerton, Dartington College of Arts. Text in English and Chinese.