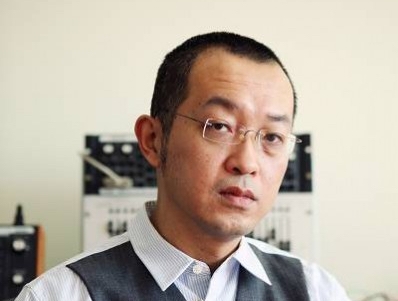 Feng Mengbo is a self-described “video game artist” who uses new media and technology to explore Chinese iconography and history. He began his career with a suite of paintings, “Game Over: Long March” (1993), that depicts the adventures of a fictional Red Army character in a series of “game snapshots” reminiscent of Nintendo’s Super Mario (the title is a reference to the famed military retreat that precipitated Mao’s rise to power). Feng took this interest to a logical extreme, creating the interactive game Long March: Restart in 2008 using the same main character. Controlled by visitors, the soldier travels along an 80-by-20-foot digital scroll, projected on a gallery wall. The piece was shown at MoMA PS1 in 2010-2011. in recent years, he has begun to feel increasingly drawn towards traditional Chinese painting and calligraphy.