Oil and acrylic on canvas 布面油彩、丙烯 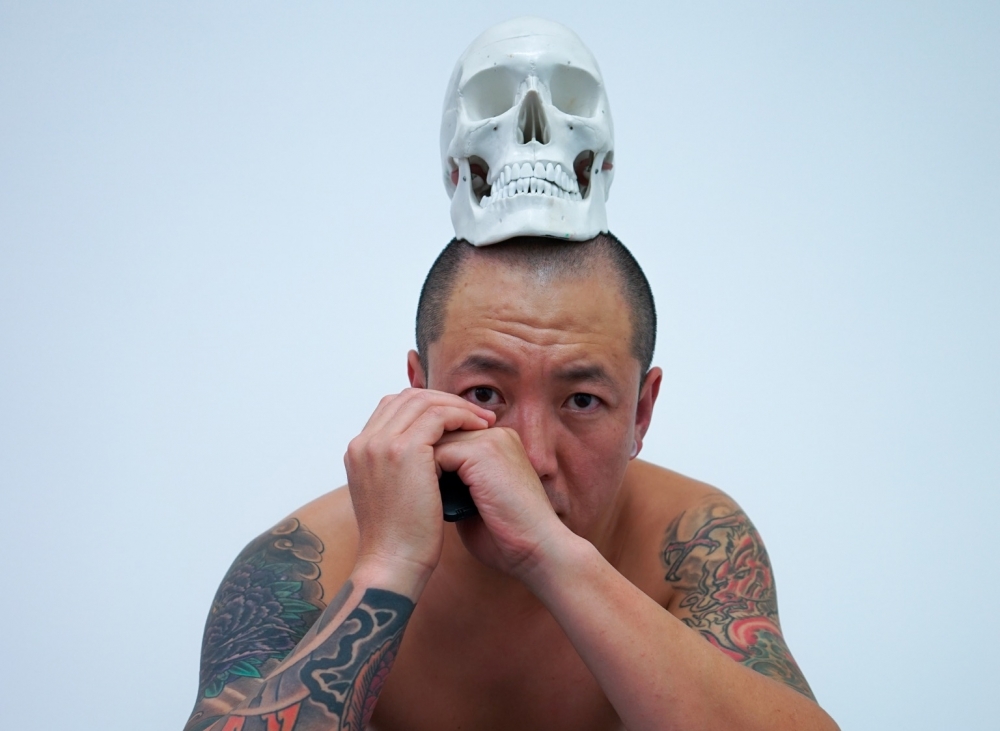 GAMA was born in Mongolia in 1977 and currently lives and works in Berlin. He was born into a nomadic family and would move every four months as the seasons changed. His great aunt was an important shaman whose ability to connect with the supernatural world had a profound impact on him as a young boy. He eventually enrolled at the Central Academy of Fine Arts (CAFA) in Beijing where he studied oil painting. Finding that the prevailing academic approach did not satisfy him, he started looking at the works of European Old Masters in art books and pondering the works of contemporary German painters such as Georg Baselitz, Sigmar Polke and Gerhard Richter.

In his paintings GAMA has always downplayed illusionism by drawing attention to their physical qualities, allowing oil paint to accumulate around the edges of irregularly shaped areas that look as if they could be peeled off the surface of the canvas. A naively painted light fixture frequently interrupts an expanse of sky and many of his homunculi dissolve into nothingness. His new paintings develop these ideas as he seeks analogies between childhood memories of Inner Mongolia and the world of fantasy so richly explored in the country where he has chosen to live.