A Light Shines Through It 当被光穿过 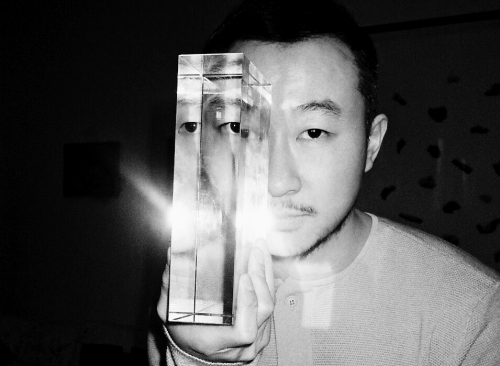 Guo Hongwei has achieved wide renown for his mastery of the watercolor technique, culminating in large-scale watercolors depicting objects from the natural world depicted with scrupulous fidelity exhibited in Painting is Collecting I, II, III at Chambers Fine Art in 2012. In these as in his works in other media, the metaphorical associations of the objects he represents have always been of particular importance to him, a way of thinking about the world that reached a climax in his 2014 exhibition, The Great Metaphorist, in which he used as the thematic core of this exhibition the twenty minute drive that he makes several times a day between his house and studio in Beijing. Guo Hongwei's recent oil paintings further narrow his search for the material essence of the objects he depicts. He prepares each brushstroke separately with a unique mixture of varnish and mixed media to portray the particular characteristics of his subject matter, whether it be the cool sheen of corrugated metal, or the soft folds of a weathered tablecloth.