Stamp with the animal of Chinese Birth year

The Book of Humanity: Empty Book人文书—空书

Page from The Book of Humanity IV 人文書选页—肆

Double Spread from The Book of Humanity 人文書选页—肆 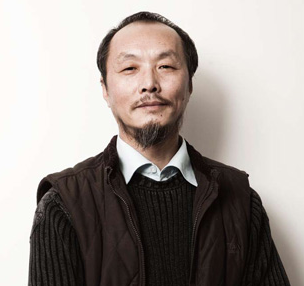 Born in Shandong Province in 1952, Lu Shengzhong’s first exposure to paper-cutting occurred as a child when he watched his mother fashion flowers from scraps of paper. Not sharing the growing enthusiasm for everything western among his contemporaries during the 1980s, he focused instead on an in-depth investigation of the history and practice of the paper- cut, gradually coming to the realization that this technique could be utilized in large scale works and installations. As used traditionally, the paper-cut was used largely for decorative and symbolic purposes. For Lu Shengzhong, however, the technique itself had a meaning above and beyond its use in the creation of pleasing decorations. As his knife or scissors cut into the paper, he is constantly aware of the relationship between positive and negative forms. Nothing is wasted, the scraps that other artists would probably discard being used to complete the rhythm of his creations.