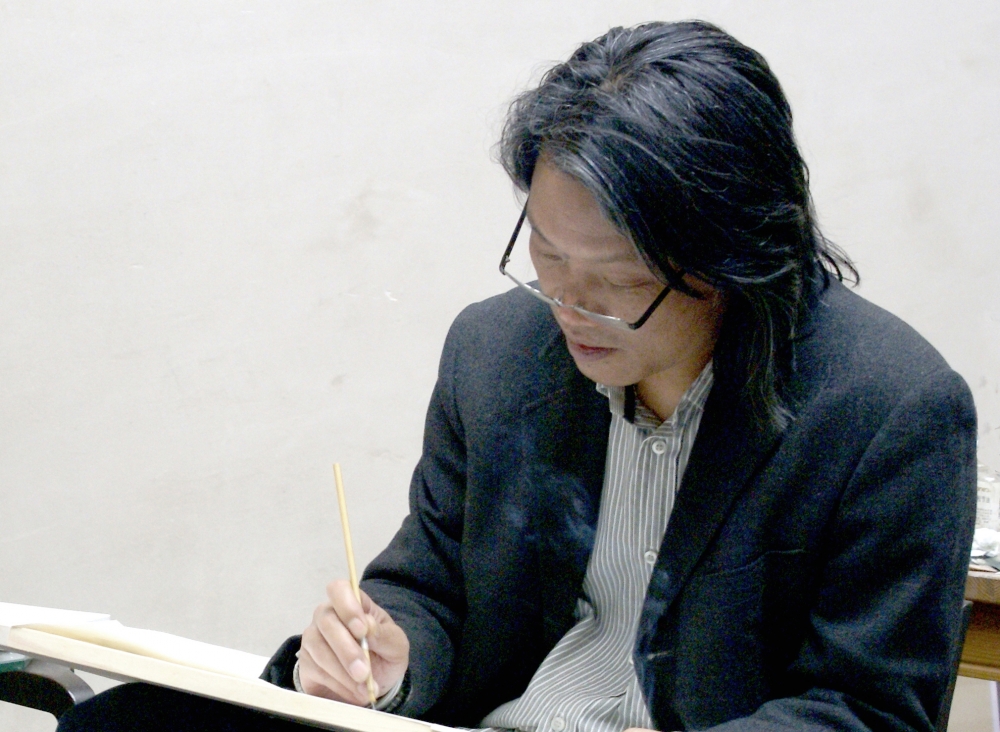 Shi Chong was born in the Huangshi, Hubei, and graduated in 1987 from the Oil Painting Department of the Hubei Academy of Fine Arts. Shi was part of the “new generation” of painters who emerged in the 1980s, gaining wide recognition in China for his photo-realist paintings. As his work developed alongside the avant-garde movement of the 1990s the human body - manipulated and altered - became the principal feature of Shi's painting. Often using live models in laboriously staged environments, Shi executes intricately planned paintings of nudes submerged in water, or partially hidden in shadow.

Shi Chong now lives in Beijing and is vice dean of fine arts at Tsinghua University.