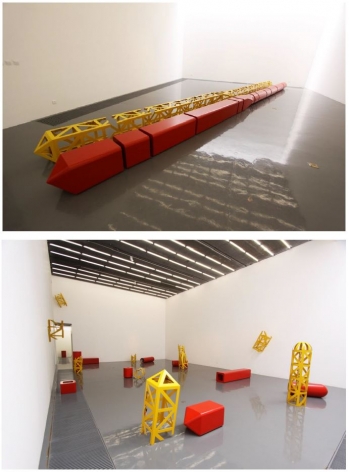 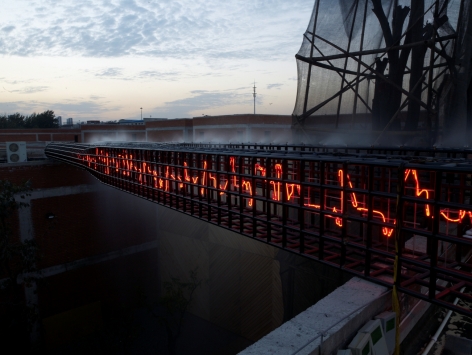 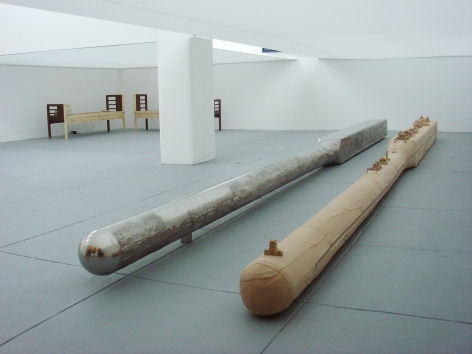 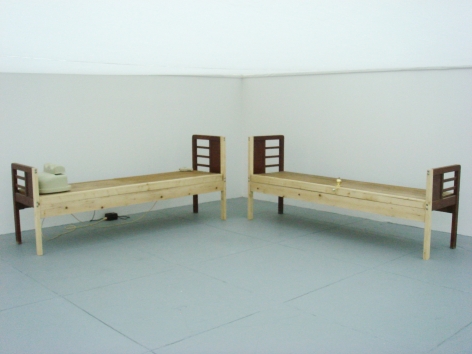 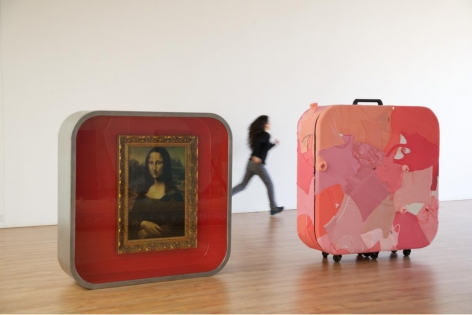 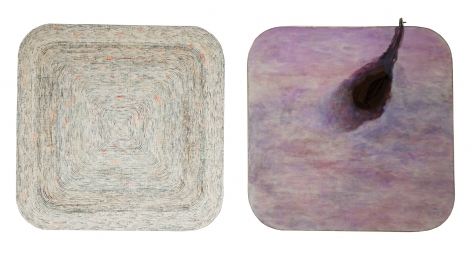 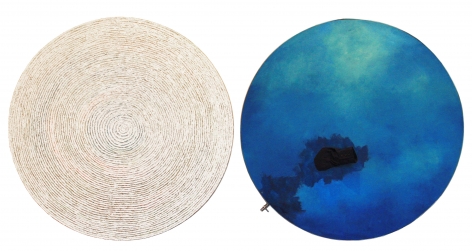 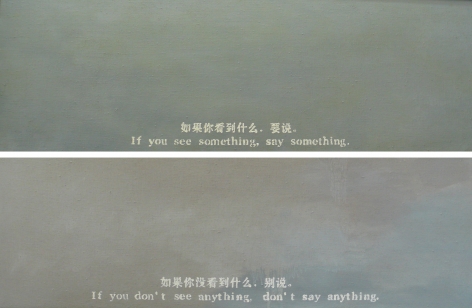 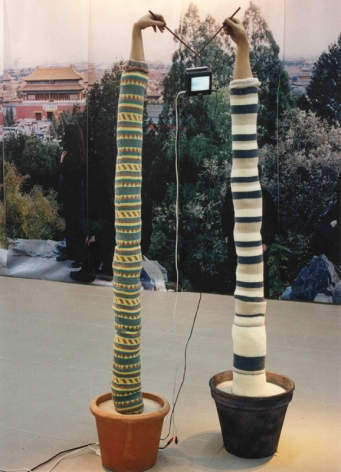 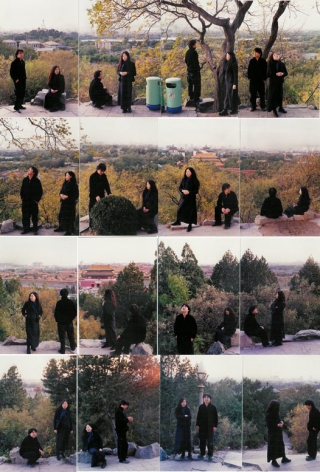 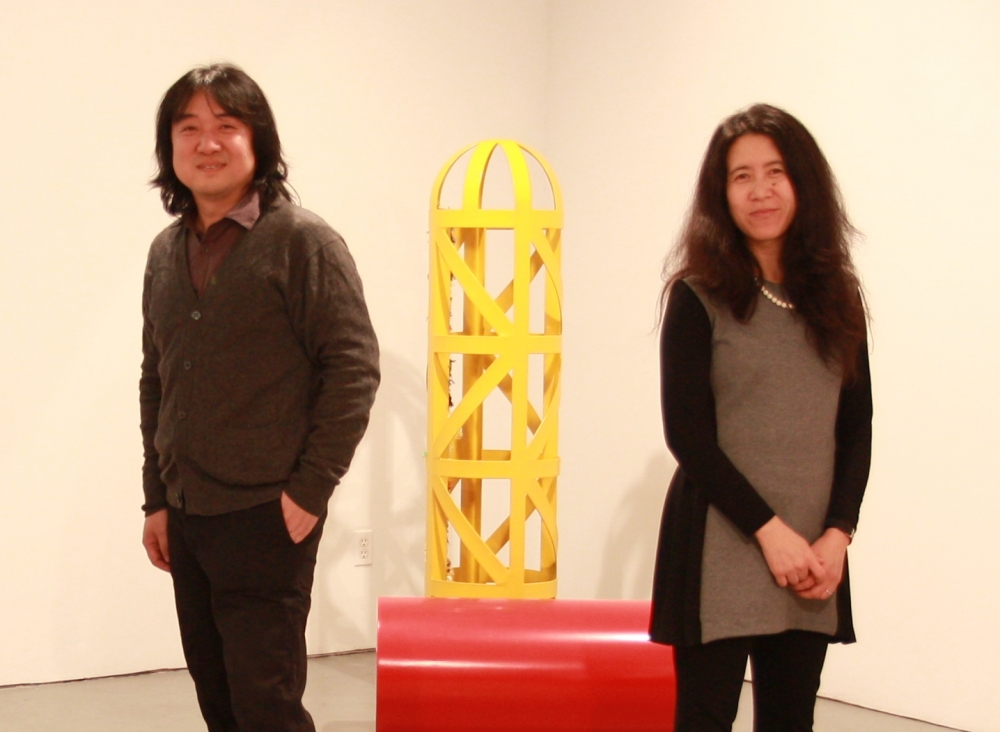 Song Dong and Yin Xiuzhen began collaborating when a gallerist approached the couple and suggested they exhibit a joint project. Starting in 2001, Song and Yin began their ongoing project titled “The Way of the Chopsticks”. The third installment debuted on November 11, 2011 (or 11/11/11) because the date resembles pairs of chopsticks. Song and Yin decided on the central motif of chopsticks because of their symbolism—as discrete objects coming together to function as a pair. When Song and Yin work on the project, they produce their works in isolation, never seeing the other’s works until they install in the exhibition space. Their works reference geography, urban architecture, Chinese mythology, and quotidian life. The couple has also begun to include their daughter Song Er’Rui in their collaborations.