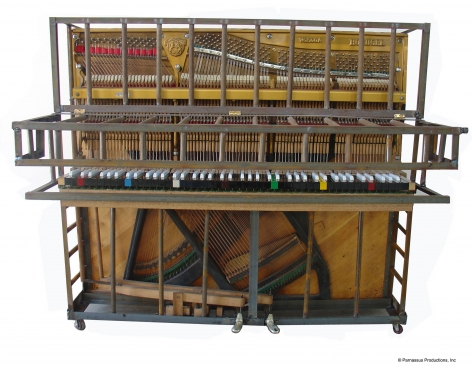 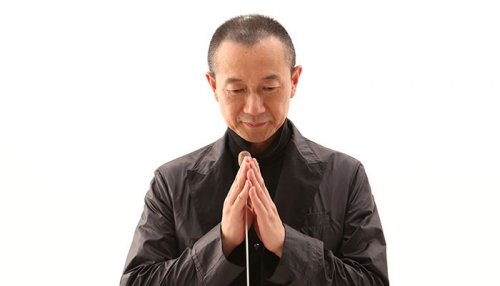 The conceptual and multifaceted composer/conductor Tan Dun has made an indelible mark on the world's music scene with a creative repertoire that spans the boundaries of classical music, multimedia performance, and Eastern and Western traditions. A winner of today's most prestigious honors including the Grammy Award, Oscar/Academy Award, Grawemeyer Award for classical composition and Musical America's Composer of The Year, Tan Dun's music has been played throughout the world by leading orchestras, opera houses, international festivals, and on radio and television. As a composer/conductor, Tan Dun has led the world's most renowned orchestras, including the Royal Concertgebouw Orchestra, London Symphony Orchestra, New York Philharmonic, Berliner Philharmoniker, Philadelphia Orchestra, Orchestre National de France, BBC Symphony Orchestra, Filharmonica della Scala, Münchner Philharmoniker and the Santa Cecilia Orchestra, among others. Most recently, Tan Dun served as “Cultural Ambassador to the World” for World EXPO 2010 Shanghai.

Tan Dun’s individual voice has been heard by wide audiences. His first Internet Symphony, which was commissioned by Google/YouTube has reached over 15 million people online. His "Organic Music Trilogy of Water," Paper and Ceramic Concerti has frequented major concert halls and festivals. Paper Concerto was premiered with the Los Angeles Philharmonic at the opening of the Walt Disney Hall. His multimedia work, The Map, premiered by Yo Yo Ma and the Boston Symphony Orchestra, has toured more than 30 countries worldwide. Its manuscript has been included in the Carnegie Hall Composers Gallery. His Orchestral Theatre: The Gate was premiered by Japan’s NHK Symphony Orchestra and crosses the cultural boundaries of Peking Opera, Western Opera and puppet theatre traditions. Other important recent premieres include Four Secret Roads of Marco Polo for the Berlin Philharmonic and Piano Concerto “The Fire” with Lang Lang and the New York Philharmonic. Tan Dun was commissioned by the International Olympic Committee (IOC) to write the Logo Music and Award Ceremony Music for the Beijing 2008 Olympic Games.

For Tan Dun the marriage of composition and inspiration has always culminated in his operatic creations, Marco Polo was commissioned by the Edinburgh Festival and has had four different productions including, most prominently, with De Nederlandse Opera directed by Pierre Audi; The First Emperor with Placido Domingo in the title role, commissioned by the Metropolitan Opera of New York; Tea: A Mirror of Soul, premiered at Japan’s Suntory Hall, has since had new productions with Opera de Lyon, a coproduction by Santa Fe Opera and The Opera Company of Philadelphia; and Peony Pavilion, directed by Peter Sellars which has had over 50 performances at major festivals in Vienna, Paris, London and Rome. Tan Dun records for Deutsche Grammophon, Sony Classical, EMI and Opus Arte. His recordings have garnered many accolades, including a Grammy Award (Crouching Tiger, Hidden Dragon) and nomination (The First Emperor, Marco Polo), Japan's Recording Academy Awards for Best Contemporary Music CD (Water Passion after St. Matthew) and the BBC's Best Orchestral Album (Death and Fire).

This biography cannot be edited or changed in any way unless particularly authorized by the artist. All previous versions must be destroyed. April 2010