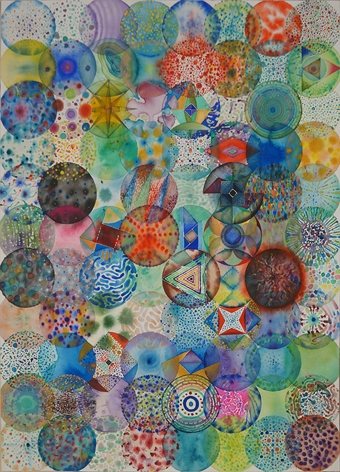 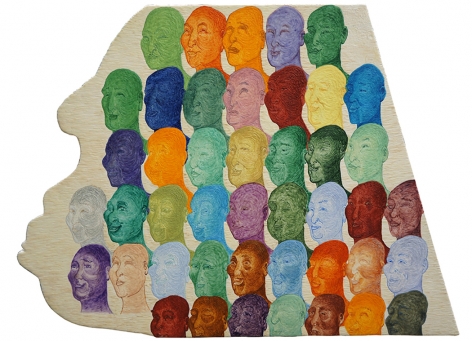 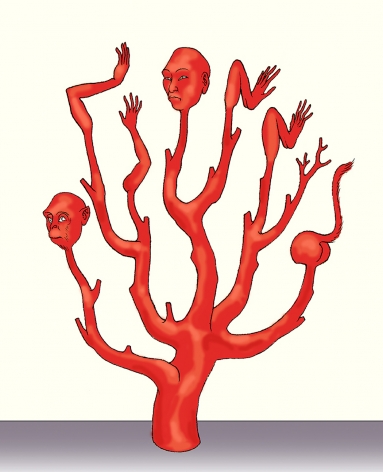 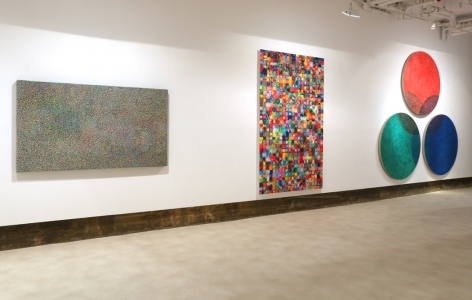 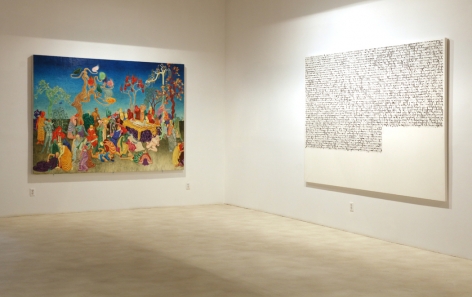 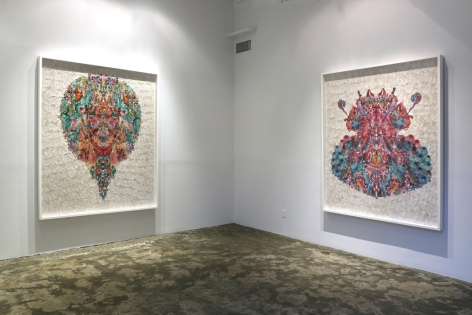 Chambers Fine Art is pleased to announce the opening on November 6, 2014 of Transformation: Recent Works by Wu Jian’an. Since his first exhibition at Chambers in 2006, Wu has primarily used paper cut as his preferred medium, although he has also experimented with other materials including metal and ox hide. As his works have grown in scale, the thematic underpinnings have also become increasingly complex, deriving from a wide range of philosophical, religious and visual traditions.

The centerpiece of the current exhibition is the large encaustic painting Nirvana of the White Ape in which Wu turns to an episode in the Chinese classic text Journey to the West for inspiration. For his depiction of the white ape’s nirvana Wu turns to a stylized f﻿﻿igurative language that reflects his deep knowledge of classical Buddhist art.

For the explosive energy generated at this moment leading to the creation of man and everything else in the universe, however, Wu turns to ritualistic acts of repetition and a visually resplendent abstraction to create an environment in which different media including painting in colored wax and water color are used to express his idiosyncratic interpretation of the legend.

The repetitive structure of 6000 Painted Faces in which each component is figurative and unique finds its abstract equivalent in Color Points I in which each color is used only once and in 792 Overlapping Colored Balls. In the spectacular abstractions as in the dizzying figurative works, Wu looks for hidden relationships between diverse forms, offering the viewer an opportunity to join him on this inward journey as he makes visual and iconographical connections between the diverse components of the installation.

Supplementing the group of works commenting on Nirvana of the White Ape is a group of recent paper-cuts, vastly more complex than his first works in this medium. Even then Wu used paper cut to express his fascination with hidden patterns of connectivity, frequently using individual elements in different combinations to reveal mysterious truths. In Faces, the new body of work dating form 2014, evocations of greatly en larged heads of creatures from the natural world emerge from multiple layers of hand-dyed and waxed paper.

As Wu Jian’an delves ever deeper into mythological and esoteric source material the scope of his ambition requires a broadening of the range of media he uses in his idiosyncratic practice. Transformation is the first impressive manifestation of this new development in his work.