Grass and twine on paper 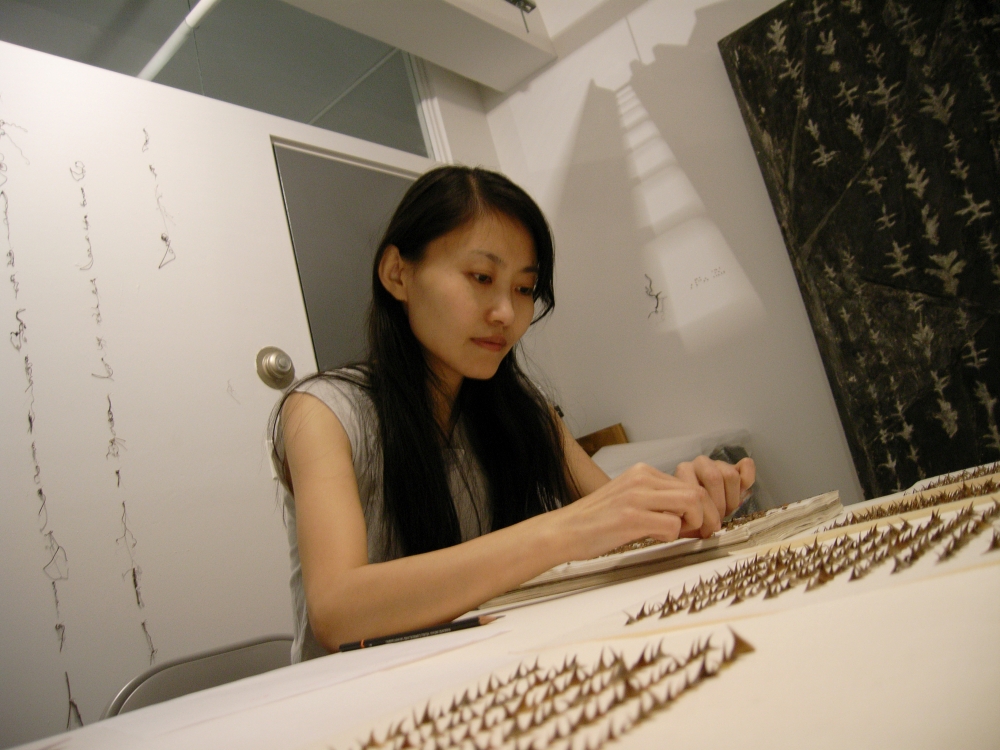 A graduate of the Zhejiang Academy of Fine Art in Hangzhou, China, she moved to the United States in 1996 and has been resident here ever since. Although she lives and works in New York City, her work is inspired by nature, her favored materials being natural materials such as vines, twigs and tendrils that she gathers herself. She is also deeply responsive to aspects of traditional Chinese culture and philosophy which permeate her work, recognizing the essential role that calligraphy played in the development of Chinese civilization and using it as a constant reference whatever form her work takes.