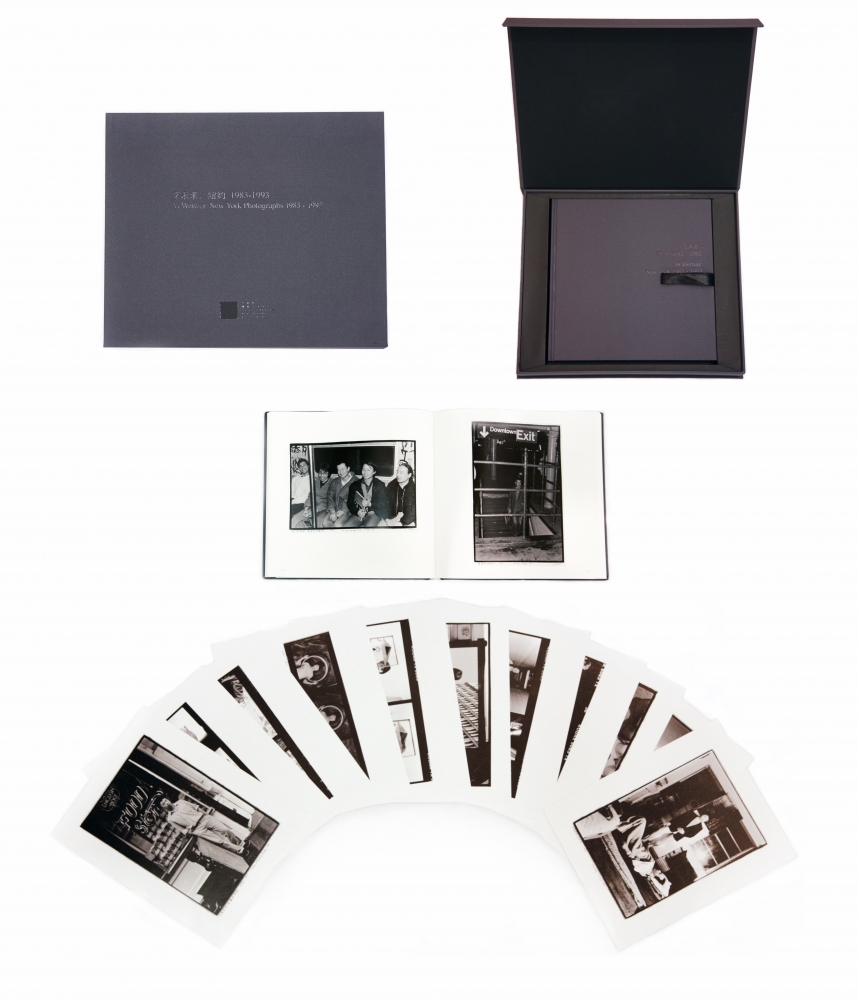 Over four years in preparation, this selection of photographs taken while Ai Weiwei was living in New York between 1983 and 1993 provides invaluable insights into the formative years of China’s most celebrated and controversial contemporary artist. While Three Shadows Photography Centre in Beijing was under construction in 2006, Ai Weiwei authorized Rong Rong and his curatorial team to digitize and organize the more than 10,000 photographs he had taken that had mostly never been seen. In close consultation with the artist, two hundred and twenty seven images were selected in preparation for an exhibition at Three Shadows Photography Centre in 2009. This exhibition led to the publication of the present volume.

Living on the Lower East Side of Manhattan, Ai Weiwei soon got to know Allen Ginsberg and welcomed numerous visitors from China to his East 3rd Street apartment, many of whom such as Tan Dun and Liu Xiaodong have since become widely known. Towards the end of the 1980s as the neighborhood became increasingly gentrified, demonstrations and street violence became commonplace, particularly around Tompkins Square Park. Ai Weiwei’s photographs document his own development as an artist and public figure as well as the transformation of the East Village from a desolate scene of urban blight into a desirable residential neighborhood.

Now that Ai Weiwei is widely recognized not only as an artist but also as a major cultural and political figure, deeper layers of meaning will undoubtedly become evident as admirers of his work absorb the significant amount of new information contained in this visual autobiography.

A deluxe limited edition of 38 plus 12 artist’s proofs, each including 12 original photographs printed under the supervision of Rong Rong and signed by Ai Weiwei, is housed in a cloth-covered box. The photographs selected are all self- portraits, revealing many different aspects of his personality and offering clues into the development of his artistic practice and thinking. The deluxe limited edition is also accompanied by a numbered certificate signed by the artist. In addition, the book is published in a regular edition, without the box and original photographs.