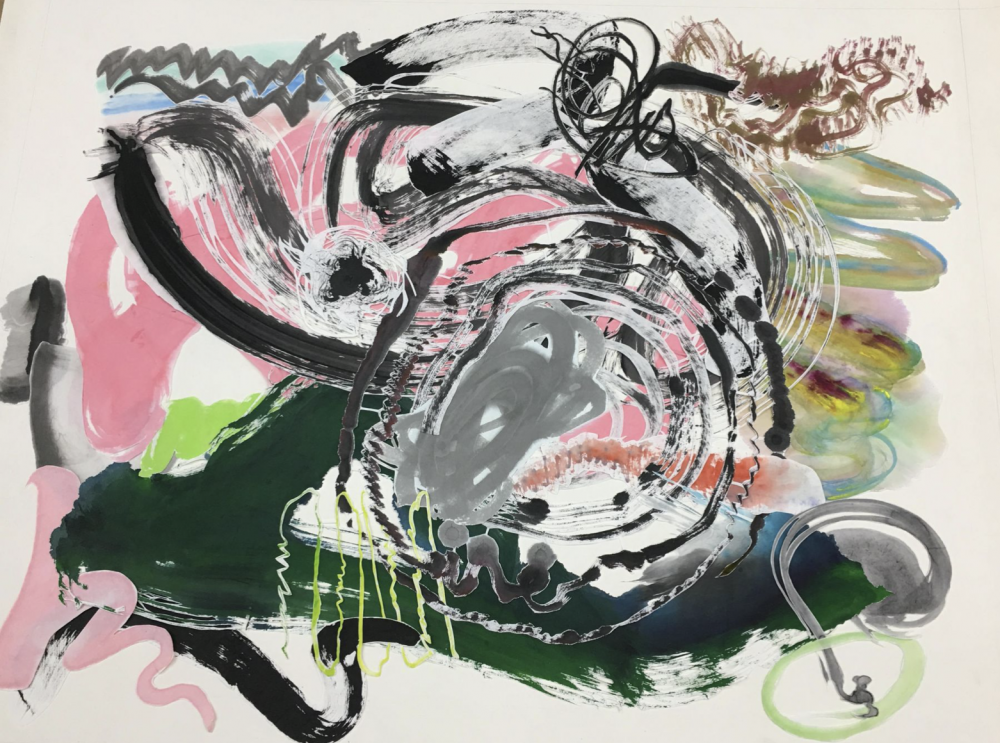 We are excited to announce the acquisition of Wu Jian’an’s 500 Brushstrokes #63 by the Berkeley Art Museum. Born in Beijing in 1980, Wu Jian’an studied at the Central Academy of Fine Arts (CAFA), Beijing where he developed a particular interest in the traditional Chinese technique of paper cut. It was the outbreak of the SARS epidemic in 2003 that led to the creation of Daydreams, his first mature series of paper-cuts. For Wu Jian’an, however, paper-cutting was not an end in itself but the means by which he could express his fascination with Chinese mythology and the fantastic aspects of ancient civilizations worldwide.

In his 500 Brushstrokes series, Wu Jian’an turns to ink on Xuan paper, the medium used in classical Chinese painting and calligraphy, but regards the completed image as material for a paper cut, each brush stroke becoming an individual unit once it has been cut from the sheet of paper. These are subsequently reassembled into collages on another sheet of paper. The artist has commented that “for me, each brushstroke is an abstract individual – it brings to light the existence of an individual in society; it can also be the cell that forms a body.” The works in this series are curious hybrids, gestural abstractions that are carefully constructed from isolated strokes, paper cuts in which evidence of the technical procedures involved is no longer visible.