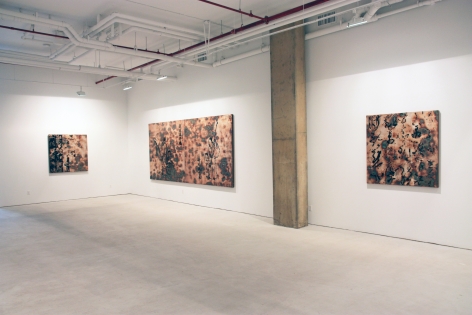 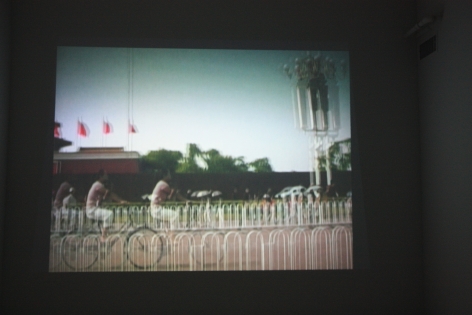 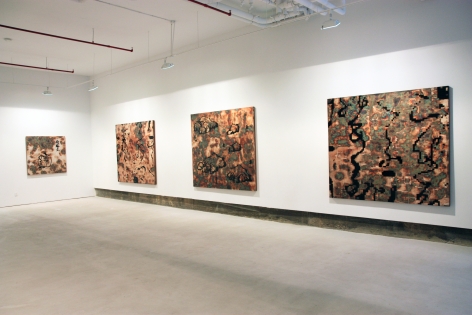 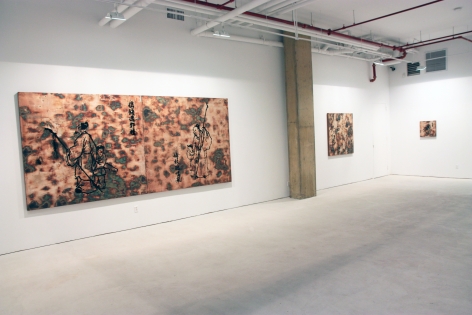 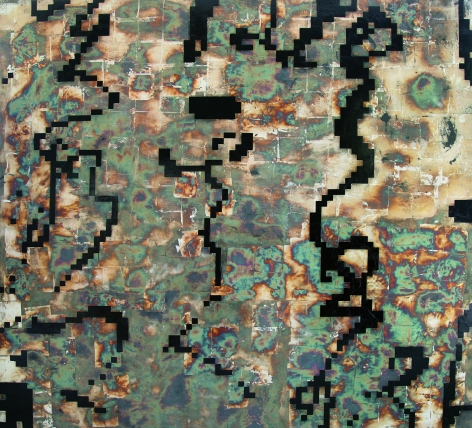 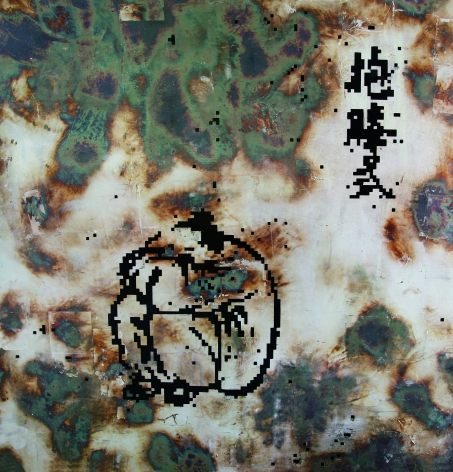 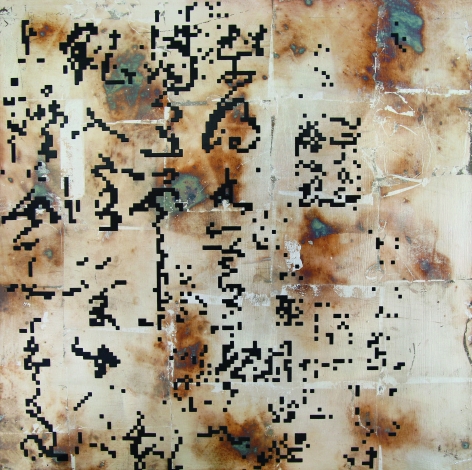 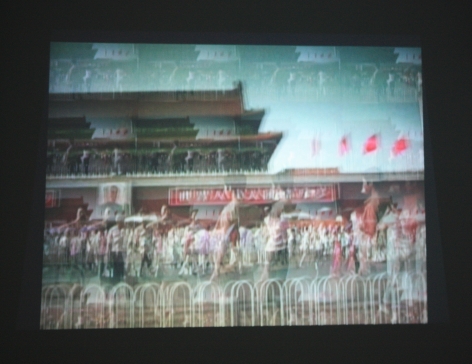 Chambers Fine Art announces the opening on September 16 of Yi BiTe: Recent Works by Feng Mengbo. For his first exhibition at Chambers Fine Art New York, Feng Mengbo continues his investigation of classical Chinese culture that began with Wrong Code: Sanshui without abandoning his deep immersion in every aspect of the cyber world. More than any other artist in China today, Feng Mengbo has been associated with the world of computers, video-games and youth culture. Exploring the darker aspects of this technology, he moved rapidly from CD-ROMs to actual games in which spectator participation became increasingly important. His vast interactive media-installation, Feng Mengbo: Restart was exhibited at the Ullens Center for Contemporary Art (UCCA) in 2009.

Beginning in 2005 Feng Mengbo returned to painting, not as a rejection of the technological orientation of his earlier work but as a supplement to it. After the Built to Order and Wrong Code: Sanshui series of paintings, Feng Mengbo has turned to fundamental texts such as the Jieziyuan Huazhuan (Manual of the Mustard Seed Garden) and other calligraphy and landscape copybooks as the source of this new body of work. At first glance the silver-leaf panels covered in silk screened patterns of black squares appear to be elegant abstractions, an unexpected development for an artist of Feng Mengbo’s transgressive persuasion. As soon as the source of these apparently random arrangements is revealed, however, their relationship with the rest of his oeuvre is apparent.

As Andrew Solomon has remarked: “The current exhibition encompasses classical works of brush painting and calligraphy reduced to one-bit form – the smallest amount of information possible for a computer age, the most primitive possible code – and silkscreened onto silver-leaf panels. …Literati artists worked in an extremely reduced vocabulary, and their genius lay in being able to express all of existence in a few brushstrokes. Feng Mengbo automates the process, and reduces expression to far more austere essentials. It is surprising that even in these deliberately impoverished images, much of the beauty of the hand survives; Feng Mengbo preserves both style and meaning. In his view, the artists whose work he copies were brave and radical innovators, and he posits that if they were living now, they would be obsessed with technology. The brush on rice paper is a code, just as digital technology is.

Although unexpected, this recent development in Feng Mengbo’s art is a tribute to his inquiring mind. Having been submerged in a world of fantasy and popular culture as represented by video games since the beginning of his career, Feng Mengbo has turned to the past and found that it has more in common with the unruly present than might have been expected.