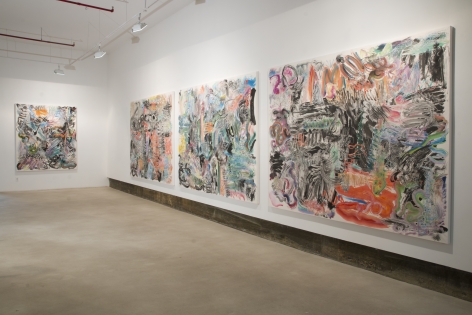 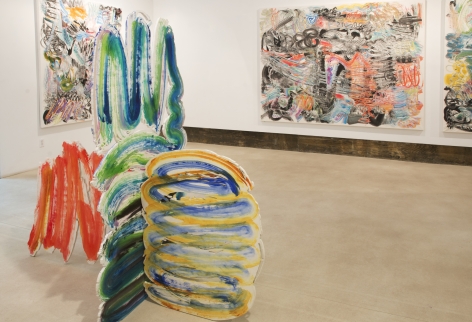 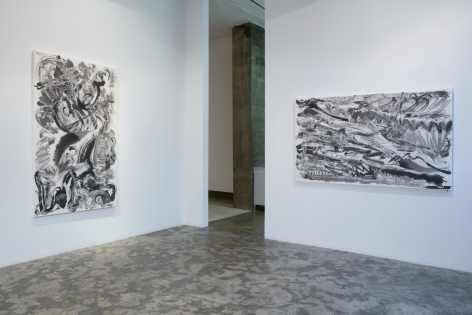 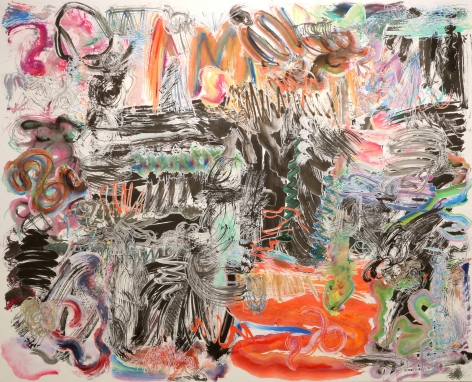 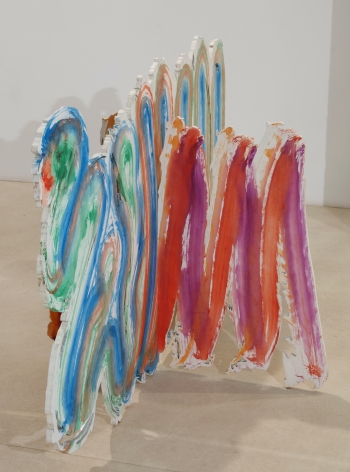 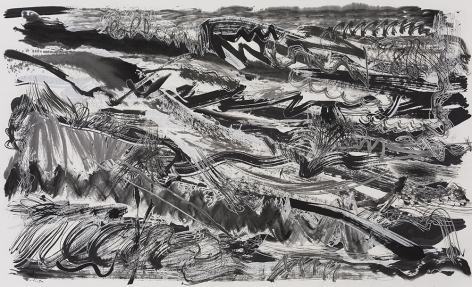 Chambers Fine Art is pleased to announce the opening on September 8th of Ten Thousand Things: New Works by Wu Jian’an. Born in Beijing in 1980, Wu Jian’an graduated from the Central Academy of Fine Arts, Beijing in 2005 and currently lives and works in Beijing. While at the Academy, Wu made an intensive study of the traditional Chinese craft of paper cut and during the next decade produced increasingly elaborate wall panels and installations that incorporated many thousands of hand cut individual units, built up in multiple layers and frequently very large in scale.

His most recent exhibition Ten Thousand Things at Chambers Fine Art Beijing in 2016 derived its title from the influential book Ten Thousand Things: Module and Mass Production in Chinese Art by Lothar Ledderose, an investigation into the use of modular and standardized production systems throughout the history of Chinese art, in bronzes, porcelain, and architecture. While not referring to the book directly, Wu found a striking similarity between his own working method and Ledderose’s perceptive commentary on the procedures used by Chinese artists and artisans over thousands of years.

Ten Thousand Things introduced a new departure for Wu. For the first time in the 500 Brushstrokes series, he turned to ink on Xuan paper, the medium used in classical Chinese painting and calligraphy, but regards the completed image as material for a paper cut, each brush stroke becoming an individual unit once it has been cut from the sheet of paper. These are subsequently reassembled into collages on another sheet of paper. The artist has commented that “for me, each brushstroke is an abstract individual – it brings to light the existence of an individual in society; it can also be the cell that forms a body. The process of detaching the individual brushstrokes from the original sheet of paper embodies self-realization for the very first time. On the other hand, the result of assembling them into a collage symbolizes the inevitable fate of each individual to be part of a whole.”

Detached from their original matrix and now assembled in a non-hierarchical manner, the brushstrokes jostle for space. In the figurative interpretation of the artist, “All individuals agglomerate into chaos, struggling together, each trying to outshine all the others in order to bring light to its own existence.” The works that have emerged from this new direction in his art are curious hybrids, gestural abstractions that are carefully constructed from isolated strokes, paper cuts in which evidence of the technical procedures involved is no longer visible.

Wu Jian’an has emerged as one of the most thoughtful artists of his generation, developing a creative method that originated in the traditional craft of paper cut but that has grown significantly in complexity, enabling him to consider philosophical and political issues without abandoning the exotic visual appeal of his work. While the latter is still of fundamental importance to him, his familiarity with contemporary practices in the visual arts enables him to revitalize his thematic material, whether his affinity for Chinese folk and religious traditions or in 500 Brushstrokes, the Chinese tradition of ink painting.