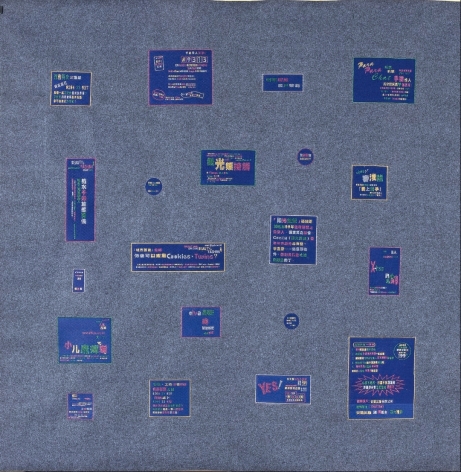 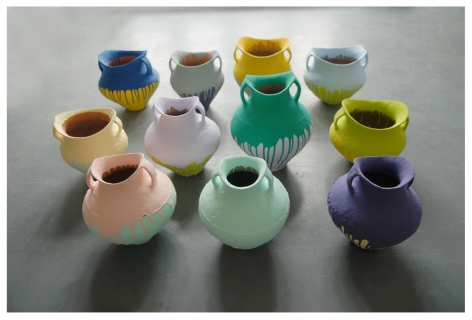 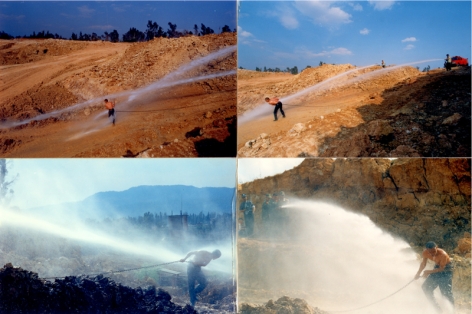 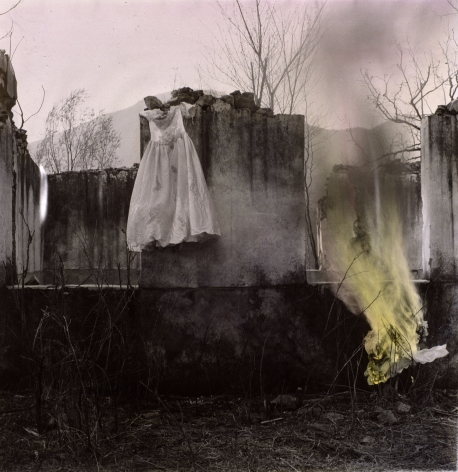 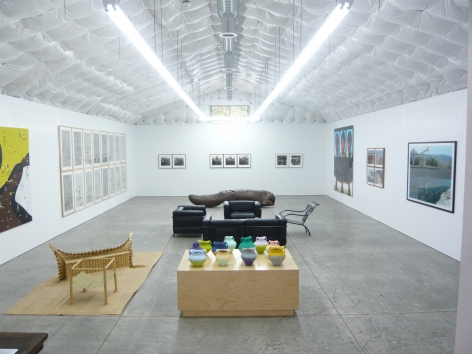 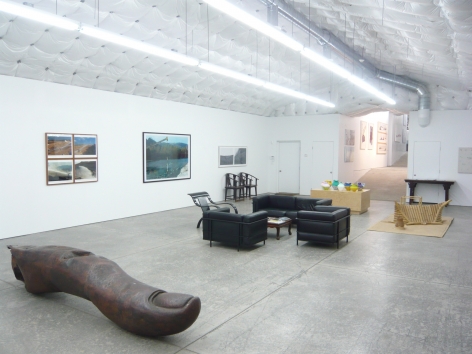 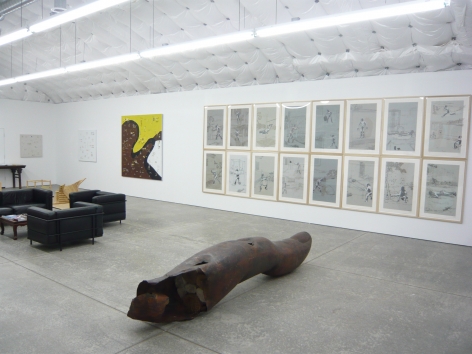 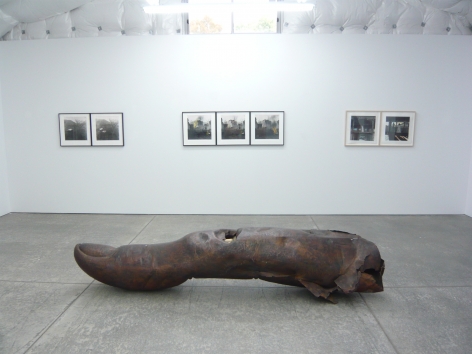 Chambers Fine Art is pleased to announce the opening of My Body, My Home at its ArtFarm annex located in the scenic Hudson Valley of upstate New York. Curated by Christina Yu, this exhibition features the early work of six mid-career Chinese artists. These urban dwellers witnessed the drastic and often destructive modernization of Chinese cities in the late 1990s and early 2000s, and responded to the changes in a personal way by incorporating themselves or their likeness directly into their artistic creations.

The photographer Rong Rong was a member of the “East Village” group active in mid-1990s Beijing, and his black-and-white documentary photographs from the period have become icons of contemporary art from China. The photographs included in this exhibition were taken not long after the disbanding of the East Village group. Rong Rong staged photographs of himself in ruined sites across Beijing but deliberately turned his face away from the camera, perhaps an expression of his uncertainty in the once-familiar environment. The hand-tinted colors in the sky add a feeling of nostalgia to the images.

Zhang Huan was another key figure in the East Village group, and gained international recognition from his performances where his body was his only medium. After spending seven years in the United States, he moved back to China in 2005, and the culture-shock of returning drew him closer to his native tradition and religion. In the Hard-Soft Kung Fu silk screens, Zhang Huan inserts his body into the kind of backgrounds often seen in historical Chinese paintings and woodblock prints, while in the sculpture Buddha Finger a small detail of the religious icon is enlarged to evoke veneration.

Born in Yunnan province in the southwest border of China, He Yunchang is one of the most active performance artists in China today. His early performances always address the relationship between human and nature through a challenge to his own body’s endurance. Talking with Water was performed during a home visit during the Chinese New Year in 1999. Holding a knife in his hands, He Yunchang hung himself upside down above a river for thirty minutes. With water flowing under him, he symbolically cut the river into halves.

In Father and Son in the Ancestral Temple, Song Dong projected his face on top of that of his father on the grandiose columns of the Ancestral Temple (Tai Miao) in Beijing. A place for imperial ancestral worship in ancient China, the Ancestral Temple is the foremost symbol of the Confucian virtue of filial piety (xiao). In addition to expressing his own relationship with his father, Song Dong in this work also tries to preserve traditions and values that are fading away in the process of urban transformation.

Zheng Guogu is the youngest among the six artists included in the exhibition. He lives in Yangjiang, a small city close to Hong Kong, where Hong Kong’s popular culture has a strong influence on the locals’ daily lives. In the series Computer Controlled by Pig’s Brain, he paints cut-outs from local newspapers in bright colors and questions people’s obsession with celebrity gossip and “talk of the town” stories.

This exhibition brings together diverse voices of Chinese artists as the country continues marching toward modernization and urbanization.

ArtFarm was commissioned from HHF Architects and renowned Chinese artist/architect Ai Weiwei in 2006. Built on sloping land, three interconnected structures house storage space, offices and a gallery on the lowest level. As described by the architects: “The outer shape is a consequence of the use of a pre-engineered and easy to assemble type of steel building, which often gets used for agricultural purposes in that area. With its abstract metallic appearance the structure becomes an equal member of a whole group of sculptures which are spread out in the landscape.” For their design of ArtFarm, HHF Architects was awarded the Gold Medal for the annual “Best Architects 10” prize in 2009.