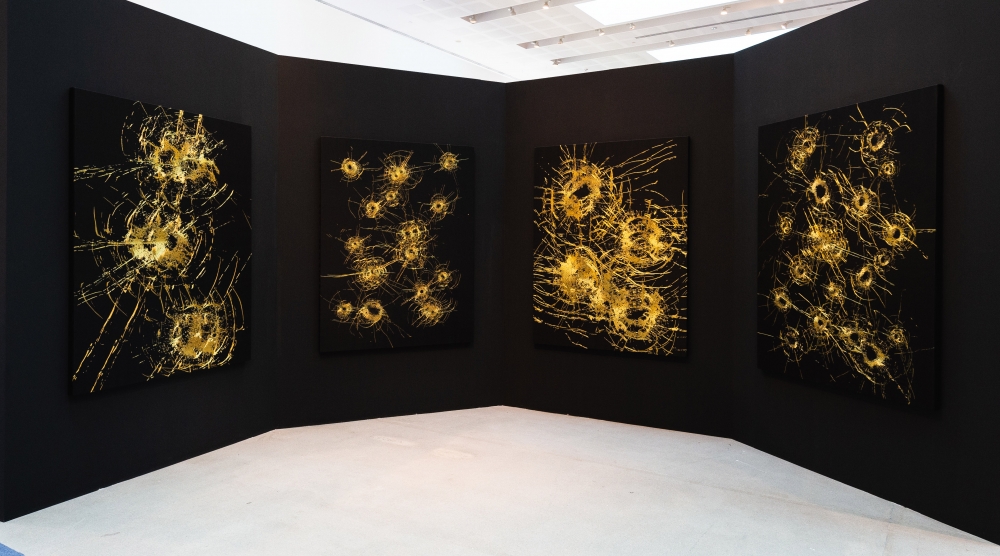 Considered a major figure in contemporary Chinese art of the post-1980 generation. Zhao Zhao depicts the social, political and aesthetic conflicts of today's world in a wide range of mediums, including painting, installation, photography, video and performance art. Zhao often offers a critical discourse against existing ideological structures and puts forward the power of free will within his work.

His practice acts as a counterweight to systems of control that affect and regulate the social environment and the living conditions of individuals in China. Filled with irony, his aesthetics seem as diverse as they are disparate. His work reflects and touches on the consciousness of a generation facing dramatic change and oppression, which he translates into a sense of vulnerability that becomes a kind of spiritual force for him. While he constantly chanllenges traditional ideologies, his criticism is expressed in a poetic aesthetic.